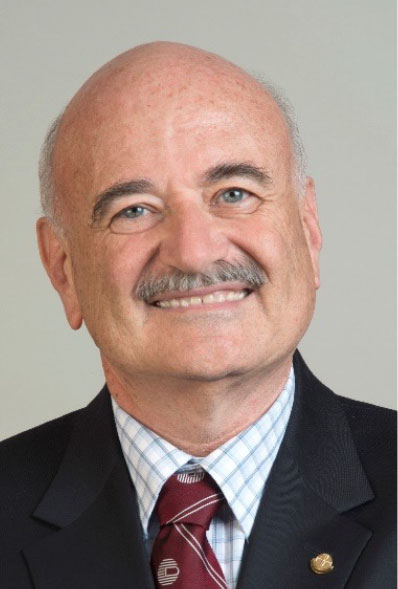 Alfredo A. Sadun, M.D., PhD. holds the Flora L. Thornton Endowed Chair at Doheny Eye Centers-UCLA and is Vice-Chair of Ophthalmology at UCLA.  Dr. Sadun graduated from MIT (1972).  He received his Ph.D. and M.D. at the Albert Einstein College of Medicine in 1976 and 1978.  He completed a residency in Ophthalmology at Harvard Medical School and, after a fellowship in Neuro-Ophthalmology, joined the full-time faculty at Harvard, Department of Ophthalmology in 1983.  He was recruited to Doheny/USC where he was for 30 years.  He helped lead Doheny in its transition to Doheny/UCLA in 2014.

Dr. Sadun has received the greatest distinction in all three classical academic missions.  His research in vision was honored by the lifetime achievement award given by Lighthouse International, the 1999 Pisart Award.  His contributions to residency teaching in ophthalmology were honored by the AAO and AUPO highest award for education, the 2002 Straatsma Prize. In 2012, Dr. Sadun received the Hoyt Award, the highest prize offered in clinical neuro-ophthalmology, given jointly by the AAO and NANOS.  He also received the prestigious Heed Award for Academic Excellence at the AAO meetings in 2014 and Albert Einstein Col. Of Medicine’s highest honor for contributions in science and medicine, the Purpura Prize, in 2016.  He was a recipient of the AAO Life Achievement Award, 2017 in addition to 5 other AAO awards.

Dr. Sadun is an international authority in neuro-ophthalmology and especially in diseases of the optic nerve.  He has published about 400 peer-reviewed articles, 80 book chapters and co-authored or edited 5 books. He has been cited over 30,000 times with an H-factor of about 75.  He has been an editorial board member for IOVS and Eye and Brain and peer-reviews for about 20 journals. He received funding from the NIH for over 25 years and holds 5 patents.  His scholarly achievements have been recognized by several organizations including the Research for the Prevention of Blindness (RPB) James Adams Scholar Award, RPB Senior Investigator Award, AAO Honor Award, Senior Honor Award and Life Achievement Award, Secretariat Awards (2) and ARVO Gold Fellow Award.

Dr. Sadun served on and chaired the national Residency Review Committee (RRC) of the ACGME for ophthalmology.  Dr. Sadun was an organizer for ophthalmology residency programs directors and became the first president of the AUPO Program Directors’ Council and was the inaugural recipient of the Straatsma Award.  Dr. Sadun has a clinical practice in neuro-ophthalmology with a special emphasis on diseases of the optic nerve.

Dr. Sadun maintains an active laboratory at the Doheny Vision Research Center.   This research has centered on the clinical, psychophysical and laboratory studies of diseases of the optic nerve.  In the 1980’s Dr. Sadun was one of the first to apply a new tract-tracing technique in order to establish nine anatomical pathways between the eye and various parts of the brain.  He was the first to describe a human retinal projection to the hypothalamus that subserves the visual entrainment of the circadian rhythm.  Dr. Sadun was the first to identify an optic neuropathy associated with Alzheimer’s disease.  In 1993, he was selected and sponsored by the United Nations to lead an investigative team to determine the cause of an epidemic of optic neuropathy in Cuba.  This work led to further investigations into the role of mitochondria in optic neuropathies due to injury from nutritional, toxic and genetic causes.  Dr. Sadun has led seventeen yearly international field investigations for studying the world’s largest pedigree of LHON in Brazil.  In these and other studies, he has investigated the role of mitochondria in the brain, optic nerve and retina.