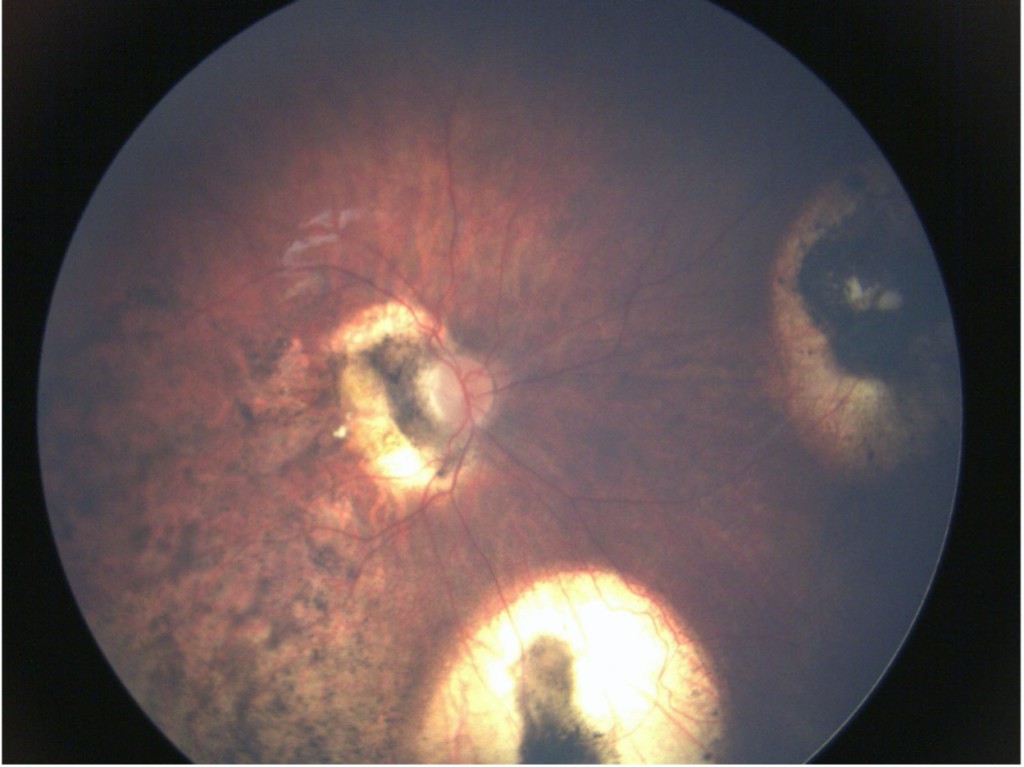 The right eye with completely regressed tumors at 3, 6 o’clock and adjacent to the optic nerve
with remaining chorioretinal scarring, after 3 rounds of IVitC + laser.

Intravenous chemotherapy (IVC) often includes the standard 3-drug regimen of vincristine, etoposide and carboplatin. When initially introduced, the main goal of IVC was to decrease tumor size to allow for local therapies such as laser or cryotherapy to be more effective.3 In this case, additional laser was attempted before considering alternative treatments. However, there comes a point in which additional IVC would not be useful in treating a recurrence as seen in this patient. Additionally, reports in the literature have shown many systemic side effects associated with IVC including: infections, myelosuppression, cytopenia and neutropenia, with less common but more serious side effects of of toxicity and secondary acute myelogenous leukemia.4